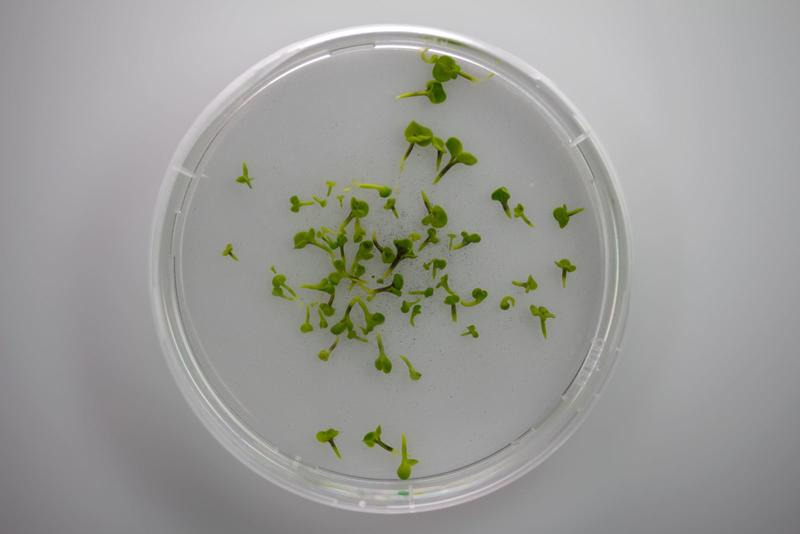 Tissue culture is a technology for the regeneration and propagation of plants and is based on the following basic principle: On special synthetic culture media plants are generally able to regenerate completely new plants from small plant parts or isolated cells in vitro (lat.: in the glass). Our tissue culture group is using the ability of plants for regeneration to produce a high number of homozygous plants and to develop methods/procedures for the production of double haploid lines.

A complex of undifferentiated, totipotent cells is called Callus in botany. Callus develops from a tissue piece or a cell, taken from a living plant and incubated on an artificially created culture medium, which contains mineral salts and organic compounds, for example sugar and plant hormones. These allow the growth of callus. Since the callus cells originate from mitosis, they do not differ genetically. The development of shoots and roots can be influenced by adding phytohormones to the culture medium.

The in vitro plantlets are first incubated under artificial light in air-conditioned rooms and then transferred to greenhouses. These plants are later delivered to the responsible breeder and further cultivated in the field to become part of their conventional breeding process.